The Mid-Autumn Festival and the History of the Mooncake

Today, September 8 is Mid-Autumn Festival (中秋節) and families all across the world with Chinese and Vietnamese roots will be celebrating. The Mid-Autumn Festival is held on the 15th day of the 8th month according to the Lunar Calendar during a full moon. This date varies from year to year according to the Gregorian calendar, but usually lands in September or early October. 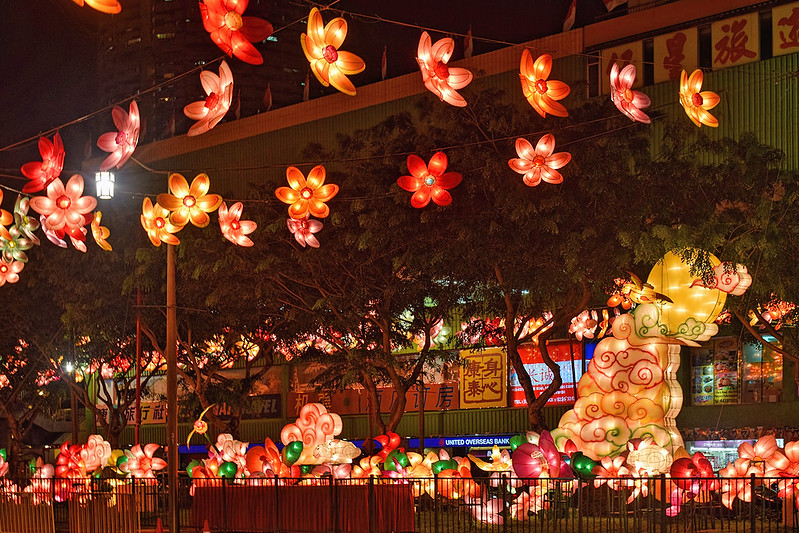 The Mid-Autumn Festival celebrates the autumn harvest and gathers families together. Everyone comes together to share a meal, light lanterns, and gaze at the moon.

Legend of the Lady in the Moon Why does this festival celebrate the moon? Legend has it that there is a lady on the moon, an immortal goddess called Chang E. It was also thought that at one point in time, the world had 10 suns. The heat from the sun was killing crops so the land’s best archer, Hou Yi, was recruited to shoot down nine of the suns. Upon his success he was given a pill that would grant him immortality.

In love with his wife, Chang E, he did not swallow the pill, instead giving it to Chang E for safe keeping. One of Hou Yi’s disciples decided he wanted it for himself and tried to steal it from Chang E. To keep it from him, she swallowed the pill and floated to the moon. Hou Yi, distraught at the loss of his wife, burned incense and made food offerings to the moon, and the practice spread across China.

During the Mid-Autumn Festival, elaborate meals are laid out and much of these foods are given as an offering to deities, including Chang E. The most iconic item eaten and gifted during this festival are mooncakes.

What Exactly Is a Mooncake?

Traditionally, the most well-known mooncakes, hailing from southern China, are filled with lotus seed paste and have a salted duck egg yolk centre. Different parts of China have their own version with different shapes and filling. Today, restaurants and bakeries have created more modern flavours of mooncakes by using green tea, ice cream and fruit fillings.

The cake is a delicate balance of sweet and savory, plus a variety of textures. This indulgent treat is meant to be shared with moon cakes being sliced into 8 pieces as the number 8 is an auspicious number for the Chinese. 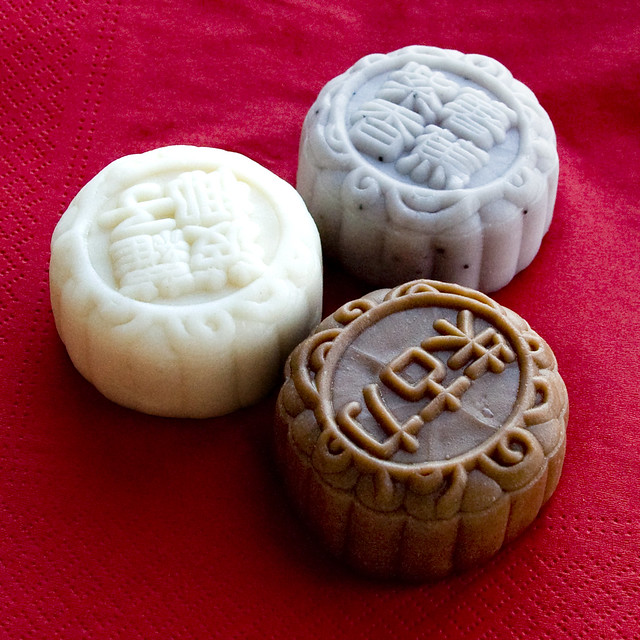 A modern take on the classic mooncake // Photo: Anne Roberts

Legend of the Moon Cake

Stories vary as to the origins of this treat, but one fun story tells of how mooncakes were used to rebel against the government. During the Yuan Dynasty, many people were unhappy with the government and wanted to rebel. However, the government had set up searches, making it difficult to pass messages to organize a rebellion. To circumvent this and organize an uprising, messages were hidden inside mooncakes. The revolt was a success and the government overthrown.

Regardless of its origins, the mooncake is embedded in the Mid-Autumn Festival and it is a delicious way to celebrate.

Throw yourself a mini Mid-Autumn Festival celebration by picking up a mooncake and some of our spring rolls or gyoza dumplings. Don’t forget to look at the full moon tonight and see if you can spot the lady in the moon.